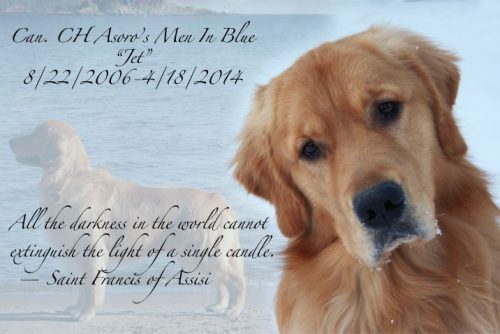 Jet is our Maddy son from the Maddy/Ike breeding. A all male litter that gave us the “Men” litter theme. Jet was born while our son Brandon (his owner) was in Iraq. Jet’s name was our tribute to the USA Air Force..our men in blue.

Jet was a fabulous puppy getting his very first win from the 6 to 9 puppy class. He also had some nice Canadian Best Puppy in Group wins. He was put away to grow up and is now out showing with Brianne and his grandma and handler Judy Kaldahl to rave reviews and recently getting Winners Dog/Best of Winners at a Golden Specialty. We know Jet will carry the Champion title soon. He is half way there already with very limited showing.

Jet has the sweetest of temperaments as did his entire litter. Jet is everything I like to see in a male dog. He gets along with everybody and everything. He has a nice headpiece with the sweetest expression. His structure is correct and I would say it is his fabulous movement that attracts the attention of judges and fellow golden breeders. He has phenomenal reach and drive and covers the ground as if he is floating on air. We couldn’t be prouder of Jet.

Jet has all clearances and is available at stud to approved bitches. 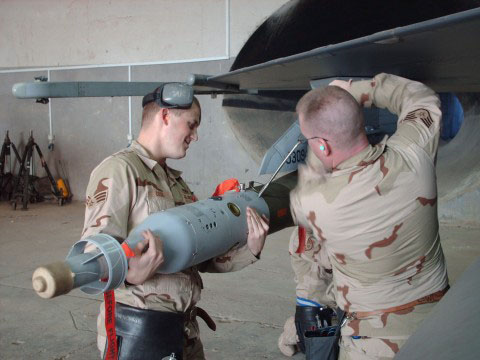 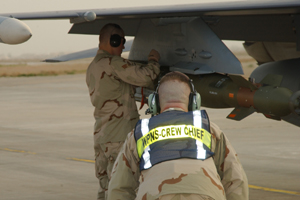