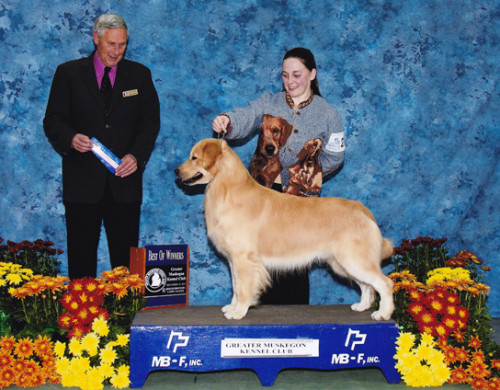 Frankie was a stunning puppy, so much so that he had to stick around. He went to live with friend and golden breeder Judy Kaldahl of Crystal Falls Goldens. At six months he was Best Male Golden Puppy at the Detroit Kennel Club benched show but he lost Best Golden Puppy to his sister Pink. He went from that show with Judy to the Purina National in Canada and won Winners Dog for a 5 point major. When he entered his teenage years Judy sold her kennel and Frankie came back to live with us. Tall and gangly with a rough coat we all thought he was worth holding on to. Maybe somewhere in that dog was the gorgeous puppy he once was and we expected him to become. Frankie hit two years old this summer and we decided it was time to see what he could do. What a awesome surprise that Frankie won Winners Dog and Best Of Winners his first time back in the show ring since his puppyhood!! We expect Frankie will do some nice winning from here on out and be a Champion real soon. Frankie has all clearances and is at stud for select bitches. 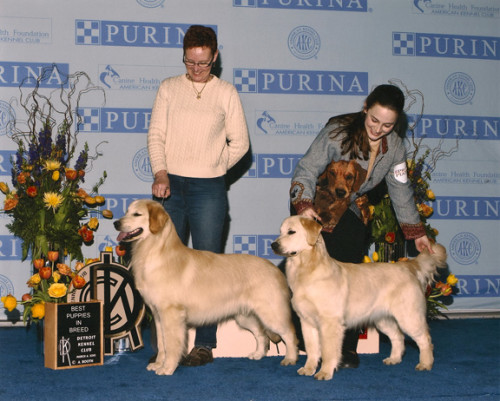 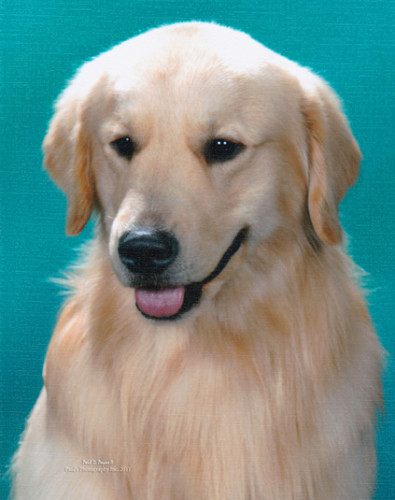 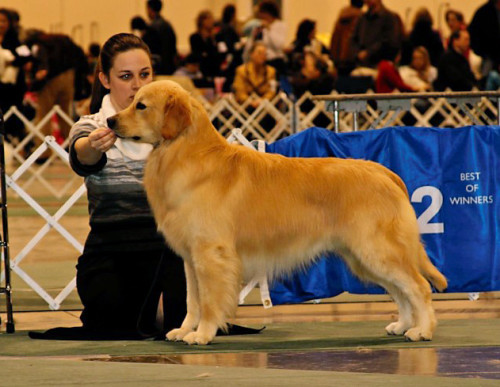